There are no words.

When someone close to you dies at first there is a terrible, stunned silence; an absence that it's impossible to describe. When news of Joel Lane's death came through Twitter and Facebook on Tuesday evening I could only sit and stare, struck dumb that he'd gone, just like that. Only a week before we'd been promising to keep in touch more, Joel said he missed 'setting the world to rights' with me over the phone.

I first met Joel 19 years ago at my very first convention - Welcome to my Nightmare in Swansea, 1995. On the Saturday night I decided to try my hand at The Worst Horror Story Competition, and, being full of nerves, I totally misread the rules. I thought that it was the worst horror story competition because you only had 5 minutes to read your story, not because the story was supposed to be bad. Joel won that night with a series of Lovecraftian postcards and I came second, gritting my teeth and standing firm through the laughter as I read a story I was quite pleased with at the time. Joel came up to me in the corridor afterwards and said: 'You should have won.' It was the first, but by no means the last, critque of my fiction Joel would give me.

That encounter was fleeting but a couple of years later I did my BA dissertation on Miserabilism in Modern British Horror Fiction. Using the entry on miserabilism in the BFI guide to horror I contacted the prime-movers in miserabilism and asked if I could interview them. Joel was the first. (For those intrested, the other interviewees were Ramsey Campbell, Conrad Williams and Mark Morris). Even before the interview had taken place, however, Joel had written me a lengthy letter on which writers I should consider, giving a potted history of urban and socialism realism in horror which proved to be the very foundation stone for the paper that followed. Joel was always generous with his time when it came to discussing fiction, and he was one of the most insightful critics of the field that I have known. He helped to introduce me to works that have become enormously influential in my own writing, bringing to my attention such writers as Robert Aickman and Fritz Leiber. He was, as am I, also a huge huge fan of Ramsey Campbell and we really bonded over our shared love for this remarkable writer.

Ever since that interview, Joel and I became firm friends, talking to each other on the phone most weekends, talking not just about literature but about what was happening in our lives. I remember well the awful grief that Joel went through after his father's tragic death, I remember how kind he was whenever I was going through some petty moment of self-doubt or loneliness while at university, and when I met Ali, who was to go on to become my wife, Joel was one of the first people I told.

I can hear Joel's voice now, those softly spoken tones, the words carefully chosen, and the delight you could hear whenever he burst into laughter. He was a funny man, was Joel. Friends have already noted his prediliction for godawful puns, but I still want to share my favourite with you. I think it was a BFS open night and I was chatting to Joel about books and, without changing his tone of considered academia he said: 'I was reading one of the last interviews H.P.Lovecraft did the other night and the interviewer asked the question: "Mr Lovecraft, where do you get your cosmic awe from?" H.P. Lovecraft responded: "From the meteorite in the back garden."'

Whenever Joel told a joke he would look up at you, very slightly nervously, with his hand usually stroking the back of his head, but with a gleam in his eyes, a twinkle that would spread across his face to a mischevious smile. He was also the master of timing, often scathing but always funny. I remember bemoaning the fact that I was still single in my early twenties and said: 'Of course, playing Dungeons & Dragons probably doesn't help.' There was a long pause on the other end of the line before Joel said: 'Aye... or your fucking Doctor Who videos.'

I was alway hoping and praying for better for Joel. I was so hoping that he'd meet a good man, someone who would bring stability to his life, and love. He suffered with his health, both physically and mentally, and sometimes talking to Joel could be hard, not because I didn't want to chat with my friend, but because it was so hard to hear someone I love in pain and anguish. Joel was always thinking of others first, and I'd alway hoped that he'd take a little time for himself now and again. I was always saying to him: 'Get away from it for a few days. Go somewhere and do what you want to do.'

Others have said far better than I could what a good, no great, writer Joel was. His fiction was incisive, deeply felt and always relevant. When I put together my first anthology for Solaris, The End of The Line, Joel was one of the first writers I contacted for a story. And he was always very generous with his time when it came to my own fiction. Joel made me see things in my stories that I didn't realise were there, good things I'm pleased to say. He always gave the best, and most supportive, advice of anybody I have known. And it's up to us now, to tell others about Joel's work, to mention him in the same breath as other greats who have passed, Joel deserves his place amongst such practitioners as Robert E. Howard, Robert Aickman, Richard Matheson, Ray Bradbury, H.P. Lovecraft, Clark Ashton Smith, as a master of the strange story, one of the finest writers, and most important writers, of dark fiction there was.

And I said that there are no words, but words are exactly what there are. Go and look at Facebook, or the many blogs of Joel's friends and colleagues, for literally thousands of words expressing our grief and our love for this incredible individual.

Joel is gone, but his words are still with us, and what an amazing, what an incredible gift to leave us with - something we can share with others and say: 'This was Joel Lane. He was a remarkable writer and a dear friend. These words are the best of him, and these are yours too, to enjoy and draw inspiration from. Here, read these stories and novels and you'll see exactly why we miss him so very much, so acutely. Joel was our friend and we loved him.'

Because there are words. There will always be words.
Posted by Jon at 09:22 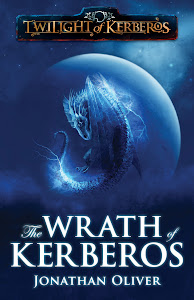 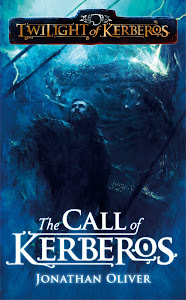